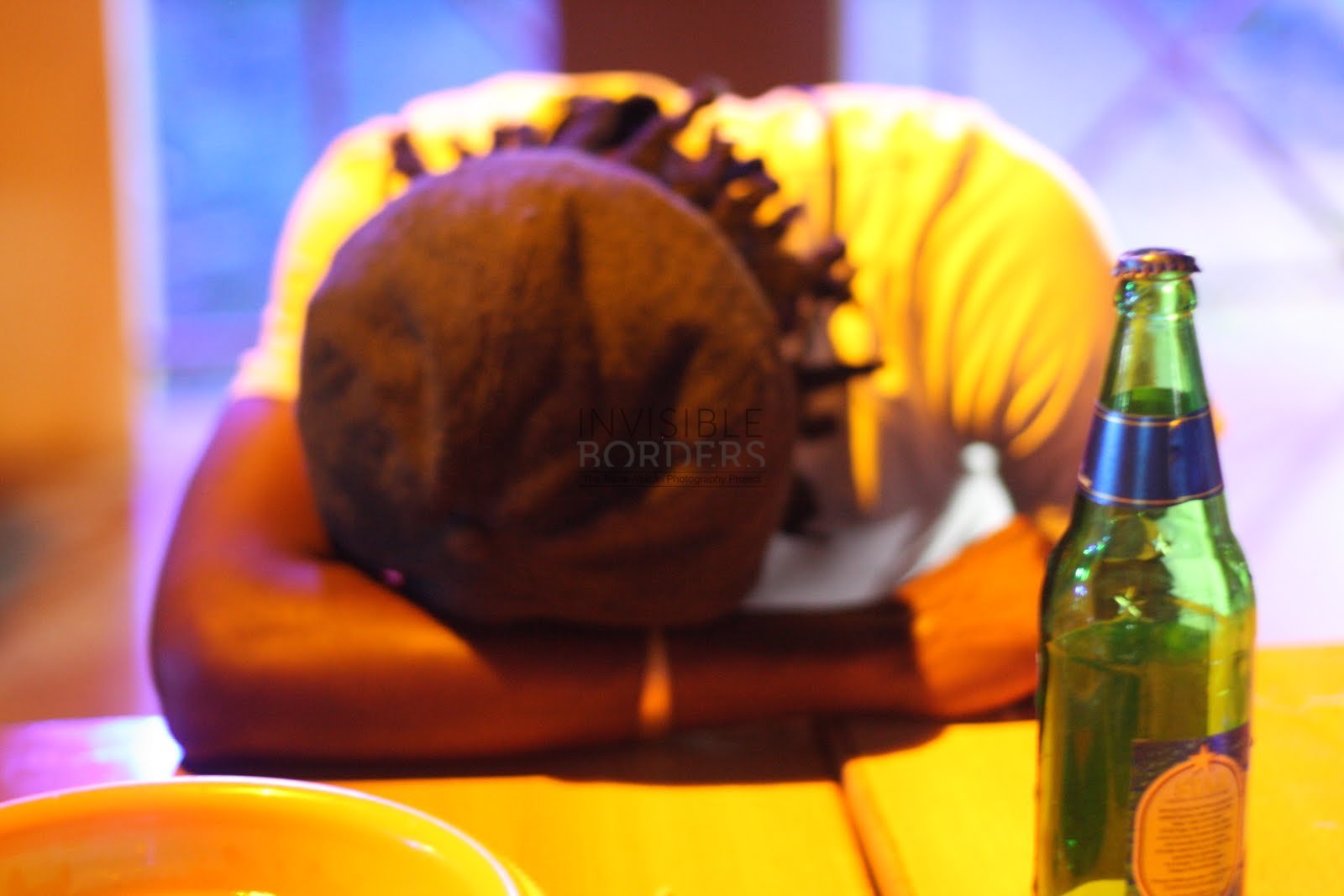 Day four and we hit the ultimate invisible border. Time. A thing that only moves forward when right now we actually needed it to move backwards. There is no arguing with the laws of nature, it was moving forward, with or without us. The breakdown was going to get expensive. Not in monetary terms. Everything that was central to our coming and going at this point hinged on time, or a lack thereof. Time was of the essence.

Physically, we found ourselves in a time warp of sorts. Ghana is a country that moves at a laid back pace that we have not know in our own country for three decades. It is part of its charm if you have all the time in the world.. We didn’t. We lived for two lost days in a family home on Cactus Road that was of 1970’s architecture with old school louvre windows, no air conditioners (though none were needed) and latticed false ceilings. Meanwhile, modern technology, invented to save time, was letting us down. Hindered by the inability of the mechanic to manage our machine, we were unable to physically move forward. We might have done better with a donkey or camel. And while we struggled to salvage the situation, it became a race against time, the minutes turning into hours into days. The festival in Bamako would open without us, and still we were stationary.

We had got together on Monday to begin this journey and now it was Friday. With all the lack of progress and routine, we had begun to lose all sense of time. There was a constant calculation as to whether we were working on Nigerian time which we had left behind us or on GMT in which we now resided, albeit only transitional. The majority of us had not yet adjusted the time on our phones and watches. We were hanging in limbo while we awaited the good news that our vehicle was road-worthy again. Time after time, the news was not good.

There was a strong feeling of time loss. We should by now have been in Bamako. Who knows why we had been delayed here. It seemed there was a hidden force majeure keeping us in Accra. Each time the van broke down, it only ever did so once it had got us within metres of the address we were driving to. And then no matter what we did, it wouldn’t budge beyond some invisible border. What could this hinderance be? What could it mean? And why had it led us to Friday’s major hidden border – the loss of the one commodity we did not have to spare – time? Time alone would tell.

With no van, and living from minute to minute in the hope that the repairs would soon be done and we would hit the road again, we did not dare venture far from base. So we found ourselves not even able to optimise the time we were spending in Accra by making images of the city. Another aspect was cruelly imposed upon us consequently was this waste of time which continued for three days until the loss of time began to erode away at the threshold of our tolerance for everything and anything. Tensions rose, and time, our invisible border, created for us multiple new invisible borders. Ten creatives living in two rooms, all on a mission, all spending time together, losing time and watching time. Mental exhaustion and a feeling of despondency crept in to fortify the invisible border that time had become for us, even as Time ushered us across it’s own border from Friday into the weekend.

We also took the time to focus on what our new situation meant in terms of regrouping and rearranging priorities. The main outcome of this exercise was to let go of the eleventh member of our team, Maria. We needed to get to Bamako. By any means necessary. And since Maria, our van – the only means we had – was not getting us to Bamako, not even to Kumasi, we decided to look for a new means. The only way we could buy back the time was to take public transport. We are certain, that in due time, Maria will find it within herself to forgive us for leaving her behind like that.