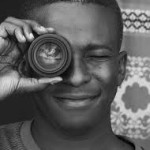 Ala Kheir (Ala Eldin Abdalla) was born in Born in Nyala, West of Sudan on April 1st 1985 and is currently living and working in Khartoum. He actively began photographing in 2005 and also purchased his first SLR the same year. He says of his work: “I find joy and fun at all types and styles of photography, I do not limit myself to a certain kind of subjects but instead I work in several categories according to how it appeals my creative senses”.

And his works have featured as cover photos of local and international magazines. He was the Winner of the UN education photograph 2010. He has other projects in the pipeline and continues to broaden his scope of perception. 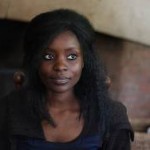 Nana Oforiatta-Ayim is a writer, cultural historian and film maker. Her work has appeared in publications such as The National Geographic, The Statesman, The Dubliner and Time Out. She has given lectures and talks at a number of universities such as Cambridge, Kumasi, London and Oxford. She has been the curator of exhibitions and events for the British Council, the British Museum, Liverpool Biennial, Royal Festival Hall and the Victoria and Albert Museum.

Her films have been nominated for prizes at a number of festivals, including the Festival of African Film in Milan, screened at the Museum of African Diaspora, among other places, and also used in academic study programmes. Her first work of fiction, The Tightrope Walker, was launched at the Hay Literature Festival in May 2010 and she is presently writer-in-residence at Triangle France in Marseille. She is the director and co-founder of ANO, a cultural think tank that investigates modernity in Africa and its diaspora. 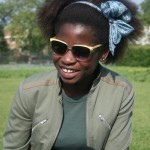 Kemi Akin-Nibosun was born on the 2nd of March 1991 in Lagos State, Nigeria. She holds an advanced level diploma in photography and art form Barking Abbey Sixth Form, London England. She has developed a style with tasteful relations between conceptual art and photography, critiquing the anaglyphic effects of 3D cinematography to create depth and form.

Since leaving school she has been mentored by people in various fields of music and art, starting with an independent fashion designer Samia Malik (ihtgw label), Tomorrow’s warriors Jazz Orchestra and Central Saint Martin’s summer tutors.

Courtesy of The Invisible-Borders project she has presented her works at the Peace ground in Khartoum, Sudan and the Gebre Kristos Destre Centre in Addis Ababa Ethiopia, as well as the group exhibition at The New Museum of New York.

Currently working at the National Gallery of Art, Abuja she maintains a blog on her ideas and inspirations at pokart.wordpress.com

Emmanuel Iduma was born in Akure, Nigeria. He obtained a degree in Law from Obafemi Awolowo University, Ile-Ife, and has been called to the Nigerian Bar. His interests range widely, including web technology, digital art, visual art, and creative writing. Emmanuel works mainly as a writer of fiction, nonfiction, and poetry, and has won awards and received recognition in each genre.

Emmanuel is the co-founder of Iroko Publishing, which has published Saraba as an electronic magazine since February 2009. His work in Saraba has been acclaimed globally, including in The Guardian (UK). He is currently the editor of 3bute.com an online mashable anthology of African modernity. 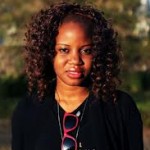 Jumoke Sanwo is a Lifestyle Photographer based out of Lagos, Nigeria.A graduate of English Studies from the Obafemi Awolowo University Ile-Ife Nigeria. She picked up photography at an early age, having grown up surrounded by the culture of documenting social events within the family.

Jumoke’s images capture different stages of growth in life and document history as it enfolds. They are a reflection of her inner thoughts, through which she highlights issues in society and tells stories of Africa from an African’s perspective.

She has exhibited at the Goethe Institute, Nigeria; New Museum, New York; and African Number 2 Photo Projection in Brussels. She recently concluded a project on identity focusing on the ancient “Art of Scarification,” which featured in “Art Takes Time Square” in New York. She is part of Xperspective, a collective of female photographers in Nigeria. She is currently working on varied Projects on Faces, Identity, Women,Road to Recovery and a personal project tagged “Photo4U”

Ray Daniels Okeugo born in Aba, is a Nigerian photographer who started out first as an actor and has featured in several motion pictures, home videos, soap operas, Tv series, etc in Nigeria. He was indoctrinated into photography in 2007. He has worked closely and on several occasions assisted the artist Emeka Okereke. His works tends to take off from the documentary while retaining the attributes of photo-journalism whose strength lies on the keenness of observation of the unobserved. He walks around making photos – right from his personal space of existence to that which he shares with the rest of humanity. As it is, his works contributes to the relentless effort to record a swiftly and constantly rewritable space and history as suggested by Lagos and Nigeria as a whole.

He has participated in photographic projects such as: Paris-Lagos 2008 a photographic exchange project which involved ten students from The National Fine Art school of Paris (Ecole Nationale Superieure Des Beaux-Art), six students from Yaba College Of Technology (YABATECH) Lagos and four Nigerian Photographers. The project took place in Lagos and was coordinated by Emeka Okereke. In November 2009, he took part in INVISIBLE BORDERS 2009, a road trip project from Lagos to Bamako involving Nine (9) Nigerian photographers and a writer.In the same November 2009, he participated in the second leg of the Lagos-Paris exchange project which saw the ten Nigerian participants visiting their French counterparts in Paris. He participated also in Lagos-Darkar Road Trip INVISIBLE BORDERS 2010. His work won a price at the Tarifa 2010 exhibition in Spain. He continues to explore and train his eyes towards that perfect synchronization between his photographic senses and the realities of his immediate surroundings.

Emeka Okereke born in 1980 is a Nigerian photographer who currently lives and works between Nigeria and The Netherlands. He came in contact with photography in 2001. Over the past years, he has worked strictly in black & white, but currently, employs other media (graphics, video, sound, and literature), which makes his  artistic practices seem more and more active and dynamic by the day. His works deal mostly with subjects and  issues that involve the society and the emotions dissipated through cosmic coexistence of human beings alongside the non-humans. In the past, he has explored versatile ways of communicating his own particular vision – in poetry, in video works, in multi-layered exhibitions in the public space as opposed to the gallery, in power point and video presentations of the various projects he was involved in.

He is a project coordinator and has initiated projects such as the Lagos – Paris exchange (2008/2009). He is the founder and artistic director of Invisible Borders. His photographic works have been exhibited in most of the Major cities in the continents of Africa, Europe and USA and has won several awards and grants for his projects. He has a Masters degree from the Fine Art School of Paris.