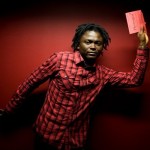 Emeka Okereke born in 1980 is a Nigerian photographer who currently lives and works between Paris, Berlin and Lagos. He came in contact with photography in 2001.He is a member of Depth of Field (DOF) collective, a group made up of six Nigerian photographers. His works mingles between conceptual photography and documentary. Over the past years, he has worked strictly in black & white, but currently, employs other media (graphics, video, sound, and literature), which makes his artistic practices seem more and more active and dynamic by the day. His works deal mostly with subjects and issues that involve the society and human relationships. His major goal is to continuously contribute to humanity through his works.

Another aspect of his practise lies in project organising which promotes cultural exchanges cutting across indigenous and international platforms. In one occasion he commented on his approach saying: “My work as an artist explores the relation between people within the context of homogeneity as well as cultural diversity. As an artist constantly at a crossroad of several cultures, I am convinced that cultural diversity – when well exploited – is of an immense benefit to humanity”.

To this effect he organized the first ever photographic exchange projects between a school in France and one in Nigeria involving the Fine Art School of Paris and Yaba College of Arts and Technology Lagos. He also initiated “Invisible Borders” an annual photographic project which assembles up to 10 Nigerian photographers towards a roadtrip across Africa. There has been two editions of the project since 2009. He is the founder and artistic director of “Creative House” an organization operating locally and internationally, geared towards creating a stable platform for artistic interventions.

In 2003, he won the Best Young Photographer award from the AFAA “Afrique en Création” in the 5thedition of the Bamako Photo Festival of photography. He has a Bachelors/Masters degree from the National Fine Art School of Paris and has exhibited in biennales and art festivals in different cities of the world, notably Lagos, Bamako, Cape Town, London, Berlin, Bayreuth, Frankfurt, Nurnberg, Brussels, Johannesburg, New York, Washington, Barcelona, Seville, Madrid, Paris, etc. He has also won several awards both in Nigeria and Internationally. 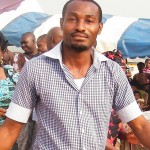 Ray Daniels Okeugo born in Aba, is a Nigerian photographer who started out first as an actor and has featured in several motion pictures, home videos, soap operas, Tv series, etc in Nigeria. He was indoctrinated into photography in 2007. He has worked closely and on several occasions assisted the artist Emeka Okereke. His works tends to take off from the documentary while retaining the attributes of photo-journalism whose strength lies on the keenness of observation of the unobserved. He walks around making photos – right from his personal space of existence to that which he shares with the rest of humanity. As it is, his works contributes to the relentless effort to record a swiftly and constantly rewritable space and history as suggested by Lagos and Nigeria as a whole.

He has participated in photographic projects such as: Paris-Lagos 2008 a photographic exchange project which involved ten students from The National Fine Art school of Paris (Ecole Nationale Superieure Des Beaux-Art), six students from Yaba College Of Technology (YABATECH) Lagos and four Nigerian Photographers. The project took place in Lagos and was coordinated by Emeka Okereke.
In November 2009, he took part in INVISIBLE BORDERS 2009, a road trip project from Lagos to Bamako involving Nine (9) Nigerian photographers and a writer.In the same November 2009, he participated in the second leg of the Lagos-Paris exchange project which saw the ten Nigerian participants visiting their French counterparts in Paris.He participated also in Lagos-Darkar Road Trip INVISIBLE BORDERS 2010.

His work won a price at the Tarifa 2010 exhibition in Spain.

He continues to explore and train his eyes towards that perfect synchronization between his photographic senses and the realities of his immediate surroundings. 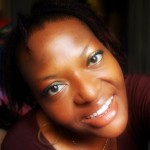 Lucy Azubuike obtained a bachelors degree in Fine and Applied arts from the University of Nigeria Nsukka in 1999. In 2004, she developed interest in photography and had photography lessons with Prof. El Anatsui.

She has had several art exhibitions and workshops both in and outside Nigeria amongst which are ‘LIKE A VIRGIN’ a duo (Lucy Azubuike and Zanele Muholi) photography exhibition at Center for Contemporary Arts (CCA) Lagos 2009, Multipist project in South Africa 2008. Paris Lagos- photography project, Nigeria/France. She is currently with the ‘Invisible Borders ‘ Trans-African Photo Initiative as one of the photographers and a video artist. She is responsible for the compilation of all video documents for the Intiative

Lucy Azubuike’s conceptual approach question the way in which we view our everyday environment and women issues. Trees often play the central role in her work.

Nnorom Chidinma is a Visual Artist, born on the 14th of September, 1985 in Lagos State, Nigeria. She holds a Higher National Diploma in Graphics Design from Yaba College of Technology, Lagos, Nigeria, in 2009.

Chidinma started photography as a student when she participated in the “Paris-Lagos” Photo exchange project, which brought together students from the Fine Art School of Paris and a selected counterpart from the Yaba College of Arts of which she was one of. This project had two phases: in 2008, the students from Paris visited Lagos and worked with the Nigerian counterparts, and in 2009, the Nigerian students visited Paris. Her works relates with issues dealing with the everyday life of people- politics, culture, colours, symbols, and even to the most insignificant things. She plays around with the non-figurative in a bid to approach humanity indirectly through objects which have undergone human contacts and displacement, photographing her subjects in such away as it adds a question mark to an already existing statement. In her works one gets the assertion that simplicity does not necessarily imply the lack of complexity

In 2010, she took part in another Photography workshop known as “On Independence and The Ambivalence of Promise” at The Center for Contemporary Art, Lagos. In the same year, she was invited to partake in the 2nd edition of the Invisible Borders Photography Project which was held from April to May 2010. She travelled with a team of 10 Nigerian photographers from Lagos Nigeria to Dakar Senegal within a period of 20 days.

Her works have been shown in exhibitions such as The Paris – Lagos photo exchange project, at the Alliance Française, Lagos, in 2008; ‘On Independence and the Ambivalence of Promise’, at The Center for Contemporary Art, Lagos, in 2010; Invisible Borders 2010 ’The Idea of Africa (Re-invented)’, at the Kunsthalle Bern, Switzerland, and at The 3rd World Black Festival of Arts Dakar, Senegal, In 2010.

She is currently undertaking a National Youth Service Corps Program in Delta State of Nigeria, a compulsory procedure that entails a one-year public service immediately after graduation from school. She continues to develop her works and ideas towards becoming more grounded in photography and art.

To view her personal works please visit her blog. 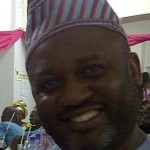 Amaize was born on the 7th of June 1966 in Lagos. After he graduated from higher school in 1991 and working for about 3years, he decided to pursue a photographic career.

His photographic career has spanned a little over 16 years. This has been under the tutelage of his father, J. D ‘Okhai Ojeikere (one of Nigeria’s foremost photographer). In the course of his career, at different times, he has participated in various photographic workshops organized by MR SUNMI SMART—COLE The Goethe Institute, The French Cultural Centre and The British Council (Lagos, Nigeria), Mon. Giles Perrin and Philippe Salaun in Paris, France in 1997, 2000, 2001 and 2003 respectively.

Emmanuel Iduma was born in 1989 in Akure, Nigeria. He studied Law in Obafemi Awolowo University, Ile-Ife, and has been called to the Nigerian Bar. He is the co-founder and Managing Editor of Saraba Magazine, and the Editor of 3bute, an online mashable anthology of African modernity.

He blogs for Black Looks, Mantle Thought, and KTravula. He is the Initiator of Gambit, a conversation series with emerging African writers, published on Mantle Thought.

His writings have been published severally including in Saraba, Itch, Sentinel Nigeria, New Black Magazine, Story Time, African Roar, Daughters of Eve and Other New Short Stories from Nigeria, Hackwriters, Nigerians Talk, Wakabout, and so forth.

Emmanuel was the blogger for the 2011 Invisible Borders Trans-African Road Trip Project.

He lives in Lagos.

Jumoke Sanwo is a Lifestyle Photographer based out of Lagos, Nigeria.A graduate of English Studies from the Obafemi Awolowo University Ile-Ife Nigeria. She picked up photography at an early age, having grown up surrounded by the culture of documenting social events within the family.

Jumoke’s images capture different stages of growth in life and document history as it enfolds. They are a reflection of her inner thoughts, through which she highlights issues in society and tells stories of Africa from an African’s perspective.

She has exhibited at the Goethe Institute, Nigeria; New Museum, New York; and African Number 2 Photo Projection in Brussels. She recently concluded a project on identity focusing on the ancient “Art of Scarification,” which featured in “Art Takes Time Square” in New York. She is part of Xperspective, a collective of female photographers in Nigeria. She is currently working on varied Projects on Faces, Identity, Women,Road to Recovery and a personal project tagged “Photo4U”

Kemi Akin-Nibosun was born on the 2nd of March 1991 in Lagos State, Nigeria. She holds an advanced level diploma in photography and art form Barking Abbey Sixth Form, London England. She has developed a style with tasteful relations between conceptual art and photography, critiquing the anaglyphic effects of 3D cinematography to create depth and form.

Since leaving school she has been mentored by people in various fields of music and art, starting with an independent fashion designer Samia Malik (ihtgw label), Tomorrow’s warriors Jazz Orchestra and Central Saint Martin’s summer tutors.

Courtesy of The Invisible-Borders project she has presented her works at the Peace ground in Khartoum, Sudan and the Gebre Kristos Destre Centre in Addis Ababa Ethiopia, as well as the group exhibition at The New Museum of New York.

Currently working at the National Gallery of Art, Abuja she maintains a blog on her ideas and inspirations at pokart.wordpress.com

Uche Okpa – Iroha was born on the 2nd of January, 1972 in Enugu, Enugu State in Nigeria. Uche holds a Bachelors of Technology degree in Food Science and Technology. Uche started photography in 2005 after seeing a photography exhibition by the Nigerian collective, the Depth of Field (DOF) at the South London Gallery, Peckham. His main interest is based purely on humanity and he likes to report the essence of human living and conditions in pictures that will inform the mind of the on looker. Uche is primarily influenced by his environment and communal surrounding. He does a lot of portraits in open spaces and usually places his subjects in their habitual space. Uche goes close to his subjects, always trying to initiate some kind of dialogue and to be involved in the situations he finds himself thereby having a sense of social responsibility. Uche is a founding member of the Nigerian photography collective known as BLACKBOX Photography Collective with a major group exhibition titled Lagos: Nocturnal Vibrations, 2007, to their credit.

He is also a member of the Invisible Borders Trans African Photography travel group and a member of the new collective, Under the Table.Uche has tken part in various workshops and exhibitions such as The Paris-Lagos 2008/2009, Tarifa Photo Fesitival 2008 Spain. His works have won awards such as the Jean Paul Blachere Fondation Prize and Seydou Keita Prize for the best photography creation at the 8th Bamako Encounters.

He is currently a fellow at Rijksakademie van Beeldende Kunsten, Amsterdam, the Netherlands.